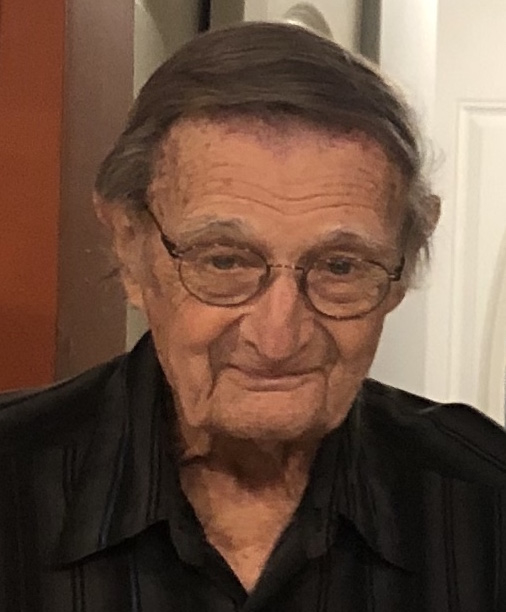 Luca Del Negro, pianist with the Rose Tree Pops orchestra, passed away on August 3, 2020. Luca was with the Pops shortly after it’s inception by Jeanne Bell in 1985. During his tenure with the orchestra, Luca instituted an annual Youth Soloist Concerto Competition, writing the grants and working with countless students over the years.

The Rose Tree Pops is honored to name their annual highlighting of youth talent, The Luca Del Negro Youth Soloist Competition. Sorely missed by his family, colleagues, students, and members of the Rose Tree Pops Orchestra, Luca’s amazing musicianship and kindness will live on through those he touched.

Luca began his teaching career in 1957, teaching Junior and Senior High School instrumental music in Springfield (Delaware County, PA). During Luca’s tenure at Springfield High School, the band and orchestra received many accolades including two gold medals won by the band at a world festival in Holland. The dance band was invited to play at the New York World’s Fair. The band also played at the inauguration of the Phillies Veterans Stadium. Locally, Springfield hosted numerous District and Regional Band and Orchestra Festivals as well as host for the Eastern State Pennsylvania Orchestra Festival. Luca was also president of PMEA District 12 for two years. He was a member of PSEA, PMEA, PSAR, MENC and Phi Beta Music. Luca was a library volunteer (Exton, PA) and a long time member of the Rose Tree Pops Orchestra. Luca attributes much of the success of his students to his friends and colleagues Joseph Salatino and Richard Miller.

For the past eighteen seasons, Rose Tree Pops has conducted their youth soloist competition. The soloist is selected from area schools and performs his or her solo during the orchestra's Spring Concert. You can find more information about our soloists on our Current Winners page.